“The aim is not to heal a sick space, but to free it from its evil condition: to save it. Urban space must be regenerated, its vices turned into virtues, its inhabitants redeemed from sin. The real enemy is not disorder, chaos, or poverty; the real enemy is the devil itself” (Manuel Delgado, “Todas las ciudades están poseídas”)

There is an intimate link between cities and the devil. All cities were born to contrast the terror of the wilderness, the dangers of the wasteland, and they are built around an axis mundi that protects its inhabitants from evil. Inevitably, they all betrayed this task. Inside them, other forces proliferate, more perverse than those of the wilderness. The bustle of the city, its  promiscuous and uncontrolled intermingling of bodies, ideas, and actions, cause a moral panic far more terrifying than the dangers of nature.

All the recurring calls to regenerate and renovate the city, or at least the more disturbing parts of it, are always calls to expel the devil. The words that are used for it – culture, order, law – are apotropaic, like psalms or mantras that are pronounced in order to contrast the Evil by evoking its opposite, a ‘Good’ as imaginary and dreamlike as the other. Urban renewal is an exorcism: it aims to chase the demons away, to kill the unwanted and uninvited ‘others’, to purify the body of the city, and to return it clean and renovated to its legitimate owners – those imaginary and neutral ‘subjects’ to whom public space is thought to belong.

No violence is too much, to achieve this task. Whoever tries to oppose the sacred duty to chase away the Evil one, will be considered as dangerous as those who defended the witches, the sabbas, or heresy.

Other cities, other demons:

…
Outsized buildings erected suddenly and without any order; the police occasionally killing protesters; traditional healers slowly converting the millions of ghosts of the genocide in ancestors and protectors of the land. A look on Cambodia's capital.

On october 5th, in Bolonia (Italy) the Network for the Evaluation of the Subjective Dimensions of Vulnerability (REDISUV) Chile-Europe will meet for the second time, after the foundational Conference in Paris. The repeated natural catastrophes in Chile made evident the need for a more systematic study about the subjectivities of the communities affected, which are always the product of particular social, economical and political conditions. The program of the conference includes papers concerning natural desasters, but also approaches to the “urban” vulnerability, caused by neoliberal policies as the one our group has been studying in Barcelona. 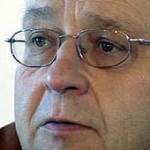 Gentrification: cars burning (2010). “The BRENNENDE-AUTOS.DE webpage is dedicated to the memory of the cars burned in Berlin since 2007. […] During the last three years in Berlin more than 500 cars, mostly big engined, have been burned by night.  …