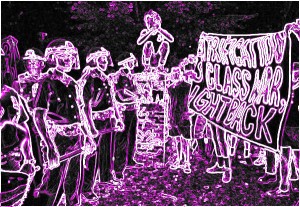 An international conference on Global capitalism and urban regeneration, as an homage to the great marxist geographer Neil Smith, that left us some years ago. Where do they hold it? At the MACBA, the Museum of contemporary art built in the Raval in the beginning of the 1990s. Like Columbia in Harlem, like La Sapienza in San Lorenzo, like the Centre Pompidou in Les Halles, and like many other cultural institution in neighborhoods “in regeneration”, the MACBA represented the beginning of the new urban colonization in the heart of Barcelona. As to say: when space says more than words, when the container quarrels with the contents. But at the same time, calling for the need to transcend the pain and remember the history at the same time. As Miquel Martí i Pol says: vam girar full temps ha, i alguns s’entesten / en llegir encara la mateixa plana (1980) [we turned the page some time ago, and there’s people who keep reading the same old page].