From July 3rd to 19th, 2019, "Keys for the Analysis of Conflicts in Neoliberal Cities", organized by Antiarq and anthropopologists of OACU, GRACU, GRECS working groups of the University of Barcelona.
Neighborhoods are the collective ability of people to acknowledge the existence of the other. No surprise they are constantly under attack. With them, also the knowledge they represent are attacked, and the words and concepts that in neighborhoods are born and grow.
The Vila Olímpica is the biggest planned intervention of Barcelona in the 20th century. Its construction required the demolition of the old buildings and the eviction of its residents, as in the hygienist urban planning of the 19th century. However, some exiled memories survived the destruction, and come back to life whenever one of the evicted returns in his/her former neighborhood.
What happened with the Euromediterranée, an ambitious project that costed over 3,5 billion euros, and that transformed 480 hectars? Can we get rid of it by simply calling it gentrification? A commentary by two Italian planners, R. Marchini & A. Sotgia.
In 1985 an urban project sentenced the demolition of most of the sea baths of the small Catalan city of Montgat: the trend is to reconfigure all the waterfronts for tourism, rather than to respond to the local needs.
What happened to these young men that were so celebrated in 2011, the main actors of the so-called 'arab springs'? In recent years we only hear news about politicians, leaders, terrorists... but what about normal people, where have they been? The answer is simple: in their neighborhoods. In Hay Hlil, in Oukacha, in Hezbet el Haggana, where there is the same anger and frustration that there was before the protests.
Stefano Portelli's La ciudad horizontal (Bellaterra, 2015), a research on Bon Pastor's 'casas baratas': a neighborhood where no serious fieldwork can be led without getting involved, without challenging the existing barriers, without revealing clearly the aims behind the research itself. In this case, those are to influence urban planning, to stop the demolition of the neighborhood, and to demand an active role for the residents in the transformations of their territories.
It has been ten years from that memorable night in which, after many months suffering the insolence of the city council, the continuous police harassment, and the arrogance of real estate investors, finally we returned them the blow. When various hundreds of inhabitants and sympathizers demolished the wall with which mayor Joan Clos ordered to encapsulate the Forat de la Vergonya, we understood that revolt is nothing more than the ultimate possible rational act against a governmental order based on the dispossession of the commons.
We normally consider Venice as a dead city. Its destiny seems such an inescapable fact that so little is done and even thought to imagine a different future. But something is moving in the lagoon.
Two Lisbons live together in the same place, and represent two different urban imaginaries: the Marchas dos Santos populars is an effort to bring back to life the impossible memory, of the organic unity lost in some faraway past, before the 'Pombaline Split', when all Lisbon was bairrista. 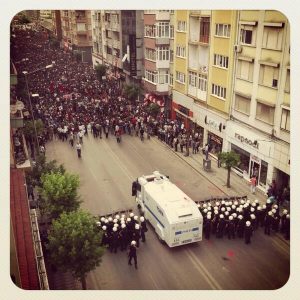 The spatial conflict over Palestine has re-articulated a certain principle: to be governed the territory must be constantly redesigned. This goes beyond a search for a stable and permanent “governable” colonial form, but rather points to the fact that it is through the constant transformation of space that this process of colonization has played out. Unpredictability and the appearance of anarchy are part of this violent logic of disorder. 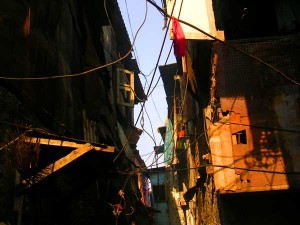