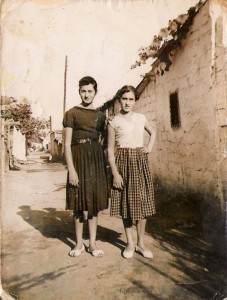 Four photos of Montjuïc mountain, when there still were people living on it. Even if for history it was only “slums”, many of them remember houses, written records, roads and street numbers. These photos come from private collections of former residents of “Eduardo Aunós” neighborhood. The old slum dwellers, almost all of them from Murcia or Andalusia, had to leave their houses in the 1920s, because of the celebration of an Universal Exposition. They were relocated in the Casas Baratas, but then their sons and nephews were evicted again at the end of the century. The need for land hit again those immigrant families; and it doesn’t matter how many generation they had been living in their “welcoming land”. 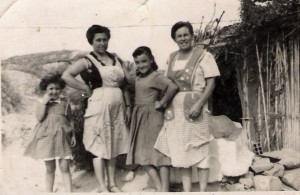