“The last gypgy settlement in Poblenou has been evicted” as was announced in Barcelona’s newspapers on october 6th, 2010. But if we read better, the real news are that there had been no eviction: too many children were living in the settlement. When newspapers deal with the item of gypsy settlements in Poblenou, industrial neighborhood of Barcelona undergoing a big urban renewal process, they always approach it as if this settlements are about to disappear, like if they were pintoresque remainders of a past now gone f According to the press, “the last settlements in Poblenou” had already been evicted in 2004 in carrer Agricultura, or in the Oliva Artés factory in 2003. When they speak of gypsy settlements, they always use the word “barraques” (slums), a particulary thick term: the struggle against Barcelona’s slums was one of the victories of grassroots movements in the 60s and 70s. So, these news about the gypsies and their shanty towns so close to the skyscrapers of the new “technological district 22@”, more than a revival of the “barraquismo” as a phenomenon, they make us think of a revival of the uses of this phenomenon: an instrument that serves the purpose of giving an excuse to simplify the conflicts and contradictions that go along with this enormous urban renewal project. If the gypsies and their slums belong to the past, and the skyscrapers to the future, every eviction can appear as a debt with history. Social policies, are the real remainder of a past now gone.

Articles in 2003 on gypsy settlements in Poblenou. 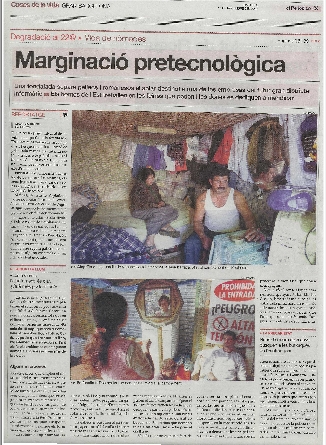 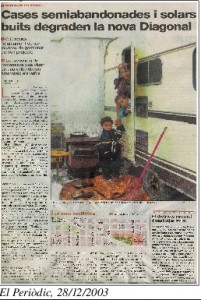 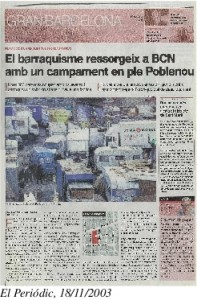 Localization of the most inhabited gypsy settlements in Poblenou, 2000-2003. One of the communities that was evicted in 2003 had to move from one camp to the other during about 1 year, in Poblenou and Sant Andreu. In Poblenou, avui (2006) 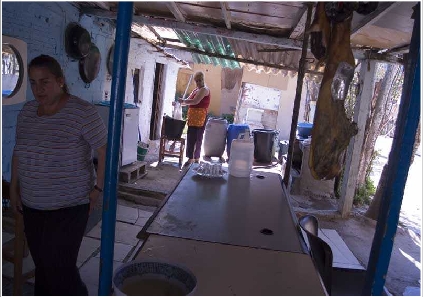 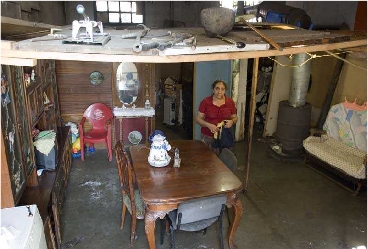 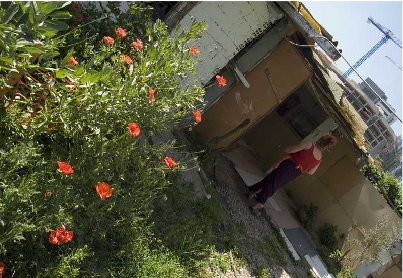