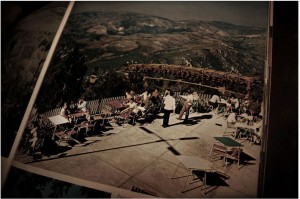 “Do you know when was it the last time I climbed on Trebević? February 1992. I used to go there every weekend with my father. I never went again. From that mountain 22 grenades fell onto the roof of our house. Now I see it everyday from my window, and I just want it to disappear”. Bojan, 30-years-old Sarajevan.[br]The inhabitants of Sarejevo (Bosnia-Herzegovina) don't climb any more on Trebević mountain, even if the war ended 15 years ago; the restaurants and panoramic terraces are destroyed, the cable car that connected it with the city never worked again, and, most of all, there are parts of it where there still could be landmines. But it's not lack of money the main reason why the city administration is keeping Trebević in this state of "no man's land": the divided city is useful for both nationalisms, and an invisible barrer separating "us" from "them" undermines the postwar coexistence project and the dream of a city that could be universal again. 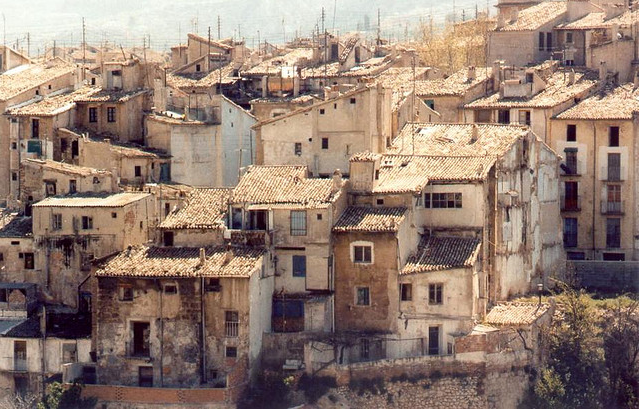 The transformation of the center of Alcoy, the most ancient industrial city in Spain, between Valencia and Alicante, entails great demolitions in the Partidor neighborhood, cradle of the spanish working class movement. The City Council is buying the buildings of the neighborhood one by one, then evicts its inhabitants, fostering deterioration and creating an excuse for their demolition. In the name of common good, and of the improval of urban life, all around Spain the historical places of the working class are under attack, like if history was only the history of the ruling classes; this process is even more dramatic where there were strong struggles and rebellions against the new-born capitalism. "The shame of having to attend to your own funeral", as sang by Alcoi's poet Ovidi Montllor, about the reconstruction of a steeple burned during the Civil War.

"I will tell you something about stories - he said They aren't just entertaiment, don't be fooled They are all we have, you see all we have to fight off illness and death You don't have anything if you don't have the stories Their evil is mighty, but it can't stand up to our stories So they try to destroy the stories let the stories be confused or forgotten They would like that. They would be happy because we will be defenseless then". (Leslie Marmon Silko, Ceremony, 1977)